Was the photo taken in Istanbul during the invasion?

On social media and some websites, a photo has been shared for a long time and also was sent to Teyit. The photo was claimed to show that the people in İstanbul were searched by British soldiers during the invasion period and were quite content about it. In the black-and-white photograph, there are two people with military uniforms and civilian people with traditional clothes, who are searched by the previous group. 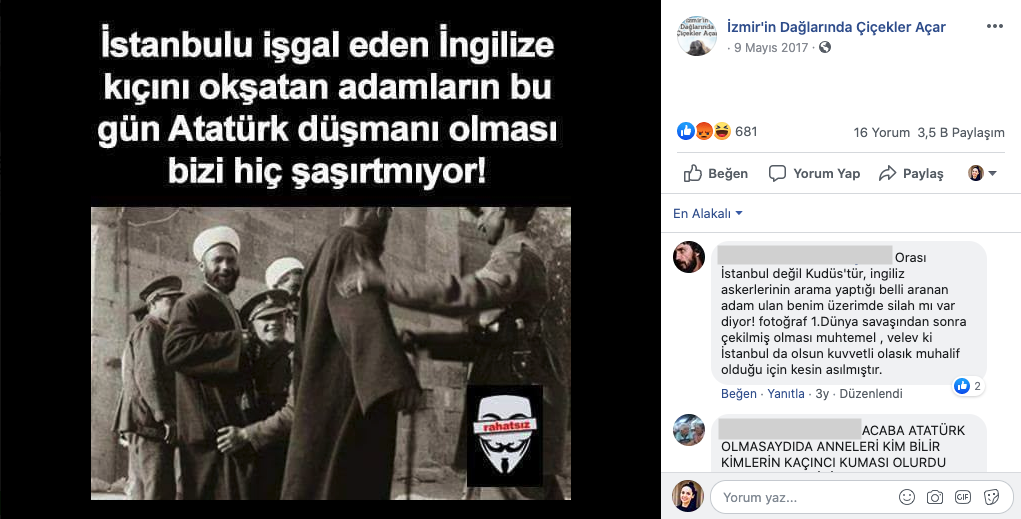 When we search the photo by the reverse visual search method, we find the page of Nabi Moussa riot on Wikipedia, where there is the source of the photo. When we look at the digital archive of the United States Library of Congress to verify the source, we can see the original version of the photo.

There is a record of the photo on this website. According to this, it was taken in Jerusalem on April 8th, 1920 by the photograph department of the American colony. The photo, which was a part of G. Eric and Edith Matson Photograph Collection, was later donated to the Library of Congress.

The photo can be found with the same explanation in the French version of Alamy, a stock visual website.

If the photo shows British soldiers checking the local people in Jerusalem, it must have been taken in one of the doors of the old city. When we check every door of the city on Google Maps, the door complied with the preserved details of the place in the photo appears to be Jaffa Gate. The photo must have been taken during the checks in here. When we look at the gates of Istanbul, we cannot find a similar background. 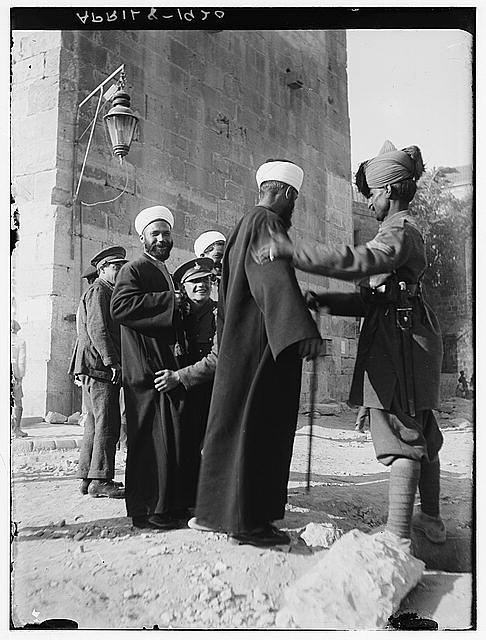 When we search through archives, we see that the bandaged soldier, who accompanied the British soldier in the body search, is one of the Indian shikh officers. It is known that the shikh officers attended the war at Gallipoli with the British imperial army and served in Turkey in the invasion years.

Istanbul was officially occupied by the allied forces on March 16, 1920, and the occupation continued until 1923.

After the Ottomans lost Palestinian lands in 1918, the control of the region passed to the British Empire, while Jewish communities began to settle in Palestine even earlier. In 1920, the tension between Jews and Muslims who did not want these immigrants in the region and saw them as Zionists turned into an uprising. The region was given to the official mandate of Britain with the decision of the League of Nations taken on April 25, 1920.

In conclusion, the claim is not true. The photo was taken in Jerusalem in 1920, not in Istanbul. The post in question is an example of a false connection.

BBC Turkish, What is Nakba: Palestine history from 1799 to today and Middle East question, 17 May 2018

BBC Turkish, What is Nakba: Palestine history from 1799 to today and Middle East question, 17 May 2018