Was ‘Half of a dollar is 3.52 liras’ written on the screen of A Haber?

For a long time, the value of 1 dollar has been almost 7 liras. On 1 May 2020, it was 7.03 TL. After the rise in the rate, an image got viral on social media. According to the image in the claim, “half of a dollar is 3.52 TL” is written on the screen of A Haber. Although there are people thinking the image photoshopped, there are also many people believing it. 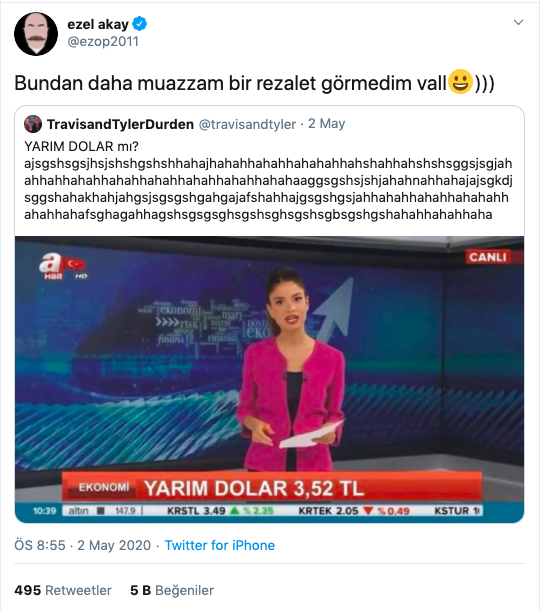 For the news bulletin, Enver Erkan, Kapital FX Research Deputy Manager, answers the questions of Hilal Özdemir in “Economy Bulletin” of A Haber. The video can be reached via the YouTube channel of Enver Erkan. 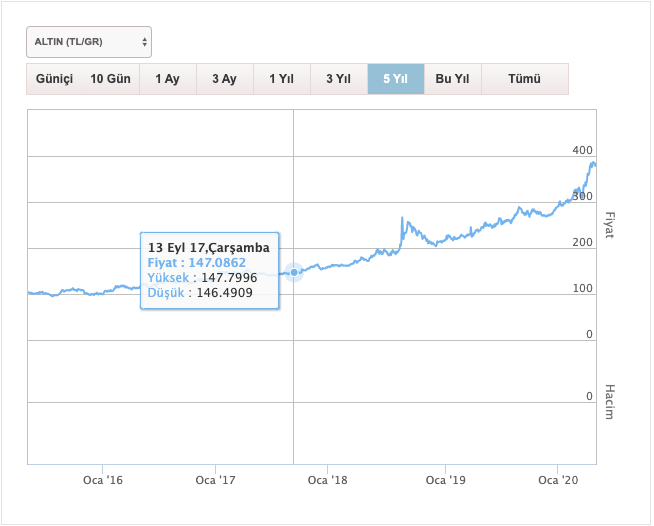 The screenshots taken from the same bulletin had been photoshopped before. For example, in a tweet shared by Zaytung, which is known for his parody news, on 3 March 2019, “Venezuela’s economy is flying” on the image taken from the same live broadcast.

So far, Teyit published many analyses about the lower bands of A Haber. On social media, there are some images claiming that A Haber interviewed the coronavirus.

We can tell whether the lower band used by A Haber in 2017 is correct or not by looking at the Gross Domestic Product (GDP) rates of that year. According to the data of Turkey Statistics Institute (TUIK) released in March 2018, Turkey’s economy grew by 7.4. Especially in the third quarter including September, GDP value increased by 11.6 percent compared to the same period of the previous year. In other words, A Haber’s statement on the economy on September 11, 2017, seems correct.

In conclusion, the claim is not true. In the original image, “Turkey’s economy is growing” is written. The post in question is an example of a manipulated content.

YouTube, Video on the channel of Enver Erkan, 11 September 2017

Altin.in, Archive on value of gold

YouTube, Video on the channel of Enver Erkan, 11 September 2017

Altin.in, Archive on value of gold