On Sunday the 21st of July several Twitter users and foreign news outlets claimed that Turkish President Recep Tayyip Erdoğan had allegedly died due to a heart attack. Arabic and Russian reports were widely shared on Twitter with a picture that posed as if the news had been published on BBC News in Arabic. 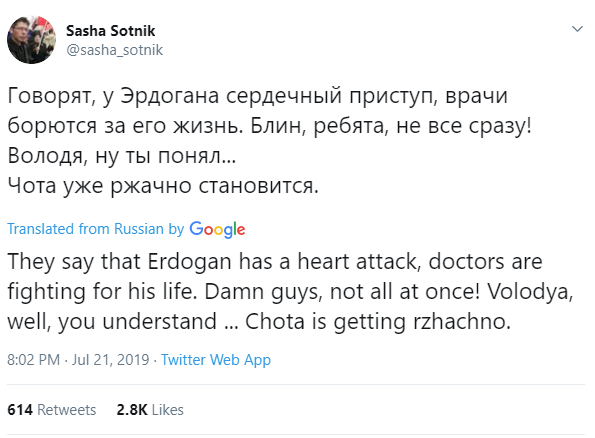 However, the claims that Erdoğan has died due to a heart attack is inaccurate. The statement that was provided by the Presidency shows that there is no health concern regarding the President. The President was seen in public on the 24th of July. Additionally, The BBC Arabic image was manipulated and shared on Twitter.

Teyit reached out to the Presidency Office

On the evening of the 24th of July President Erdogan was reported greeting the Malaysian Prime Minister at the Esenboğa Airport in Ankara. Erdoğan had not been seen since the July 15th celebrations in Istanbul. The rumors of his death had begun to circulate online on Sunday the 21st of July. 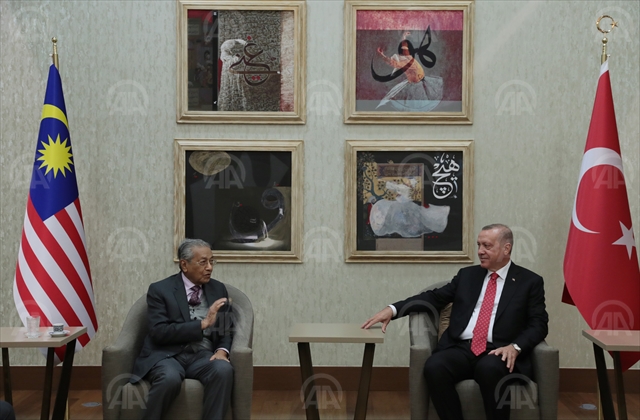 Photographs published on the 24th of July 2019 by Anadolu Ajansı

President Erdoğan was also reported to be seen during the oath ceremony of Selahaddin Menteş, who was elected as a member of the Constitutional Court on the 25th of July.

Erdoğan made a phone call on Sunday

The presidency’s Directorate of Communications’ website, reported that President Erdoğan made a condolence call to the family of former politician Süleyman Arif Emre who lost his life the same day of the phone call, Sunday the 21st of July. The time of the call is not stated on the website. 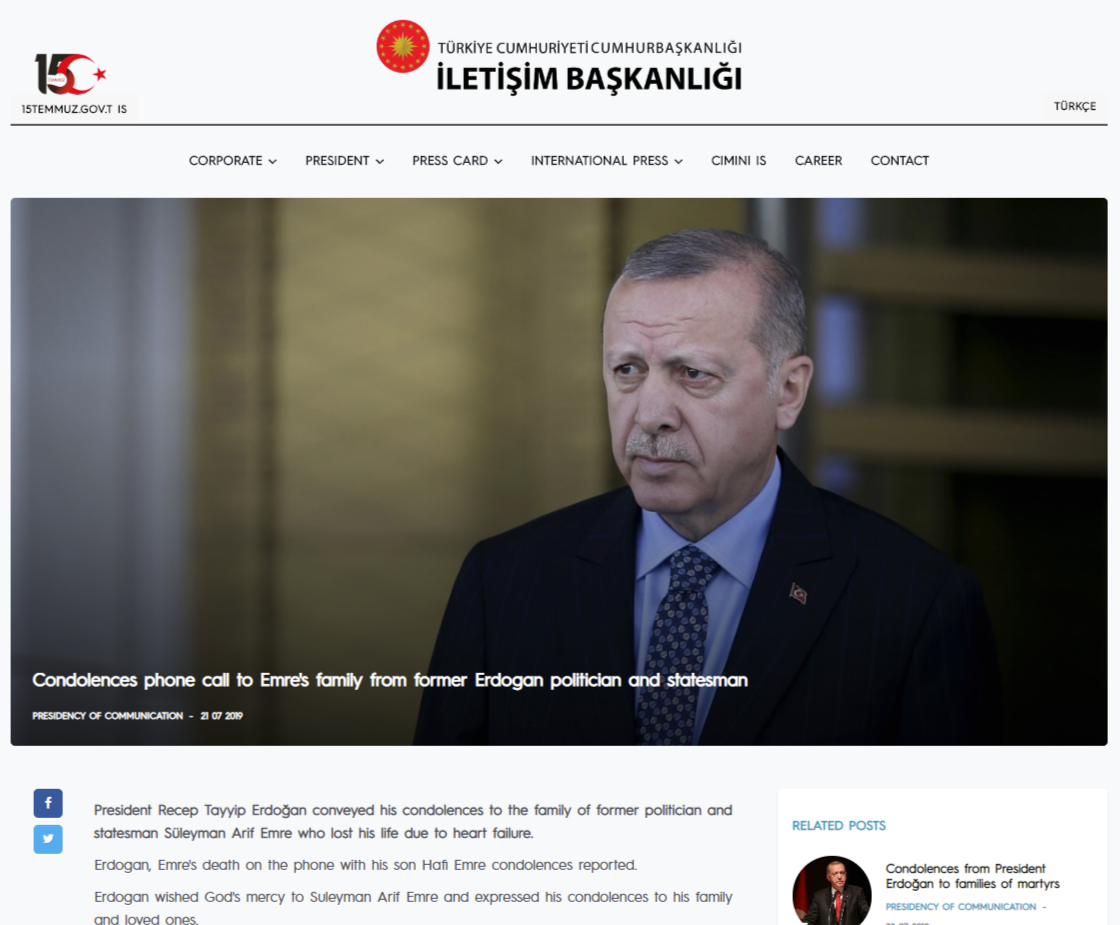 According to another report posted on the Directorate of Communications website, Erdoğan sent a telegraph on Monday the 22nd, where he showed his condolences to the families of the Gendarmerie Major Akkuş who passed away 2 days ago on the 19th of July in Bitlis.

On Wednesday the 24th President Erdogan was reported to have talked to Hakan Atilla on the phone to wish him and his family to “get well.”

The BBC image is doctored

The allegations of Erdoğan’s death was fueled by a picture that seemed to be posed by BBC News Arabic. However, when the image is compared to other BBC News Arabic social media posts, have a clear difference.

All BBC Arabic’s tweets have the same design and the canvas size of all the pictures are 1024 by 576. They all have a big picture as the background and the BBC News Arabic logo is found on the bottom left.

Most of the Facebook images posted on the BBC News Arabic page have no signature or caption and the picture covers the whole frame. The same can be said for their Instagram posts.

Finally, the images posted on BBC News Arabic’s social media platforms do not give any information about the news article the picture is tied to. However, the doctored image has all the information as a caption beneath the image. These discrepancies show us that the image did not come from the original BBC News Arabic source.

The alleged death of Erdoğan is nowhere to be found on the BBC website. Web Archive has captured the BBC Arabic website on 9:58 pm on the 21st of July, after the tweet-storm had begun, the main headline on BBC Arabic was “British Foreign Minister urges Iran to release the detained tanker.” And there is no sign of a news article on Erdoğan’s death.

The Turkish media has not covered these claims

There are no major Turkish sources that have written a piece about his alleged death. There are some media outlets that have brought up the claims circulating on social media. However, none of these outlets give a definitive answer on the President’s condition.

Almost all of the news that is being spread is coming from Russian and Arabic social media accounts and news sources, yet the actual origin of the news is unknown. These sources have not quoted a Turkish official, and they have not made a statement about Erdoğan’s condition.

This is not the first time that the Turkish President was alleged to have been suffering a heart attack. On April 2016, there were rumors saying that the President had suffered a heart attack during his visit to the USA. Soon after the rumors, Erdogan was seen at a Kızılay General Assembly saying “They say we’ve had a heart attack! But I am up and well!”

In conclusion, President Erdoğan has been seen by the public since the death-claims spread, the facts show that these widely-circulated claims are fictional. At this time, it cannot be confirmed that if Erdoğan has a health issue or not, but from the way the claims have spread, the sources they refer, and from the answer the officer gave Teyit, it is possible to say that the news did not come from a direct Turkish source but has been manufactured externally.

Directorate of Communications website, Condolences to the families of the Gendarmerie Major Zafer Akkuş, 22nd of July 2019

Directorate of Communications website, Condolences to the family of former politician and statesman Süleyman Arif Emre, 21st of July 2019

Directorate of Communications website, Condolences to the families of the Gendarmerie Major Zafer Akkuş, 22nd of July 2019

Directorate of Communications website, Condolences to the family of former politician and statesman Süleyman Arif Emre, 21st of July 2019