Does the video show Turkish-trained militants giving the Nazi salute in Afrin during Operation Peace Spring?

A video shared on social media was claimed to be showing Turkish-trained militants doing the Nazi salute in Afrin during the Turkish offensive into northern Syria, Operation Peace Spring, which began in October 2019. However, nothing is true about this claim except that the trainers were Turkish.

It was claimed that a video posted on Twitter showed militants in Afrin, who were trained by Turkish soldiers, giving the Nazi salute during Operation Peace Spring. 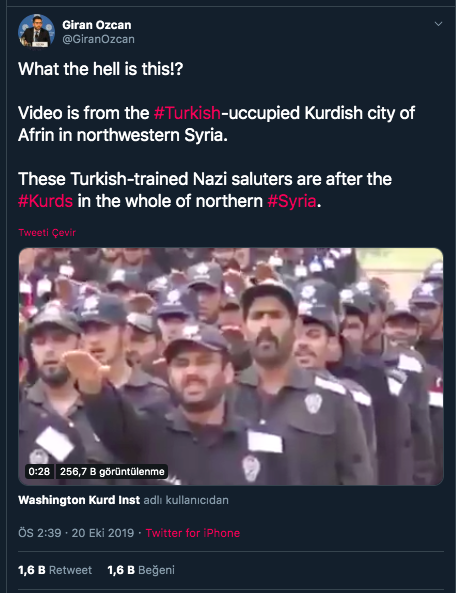 While some users, including Turkey’s first woman war correspondent, Şerif Turgut claimed that the men in the video were Hezbollah troops, so it had nothing to do with Turkey, the tweet got close to 1,600 retweets and around the same number of likes.

However, the video, which was filmed in May 2018, actually shows security units, being trained by members of the Turkish Police Academy, who were scheduled to return to Afrin after Operation Olive Branch to ensure security of the local community.

When we run an image search for the screenshots from the video, we find a report published by the Anadolu Agency on May 10, 2018, showing Turkish police training local security units. The same information is also available on various other news websites.

Furthermore, a closer look at the video mentioned in the claim reveals the “Trainee ID Cards” and the Turkish police emblem on the shirts of the forces. 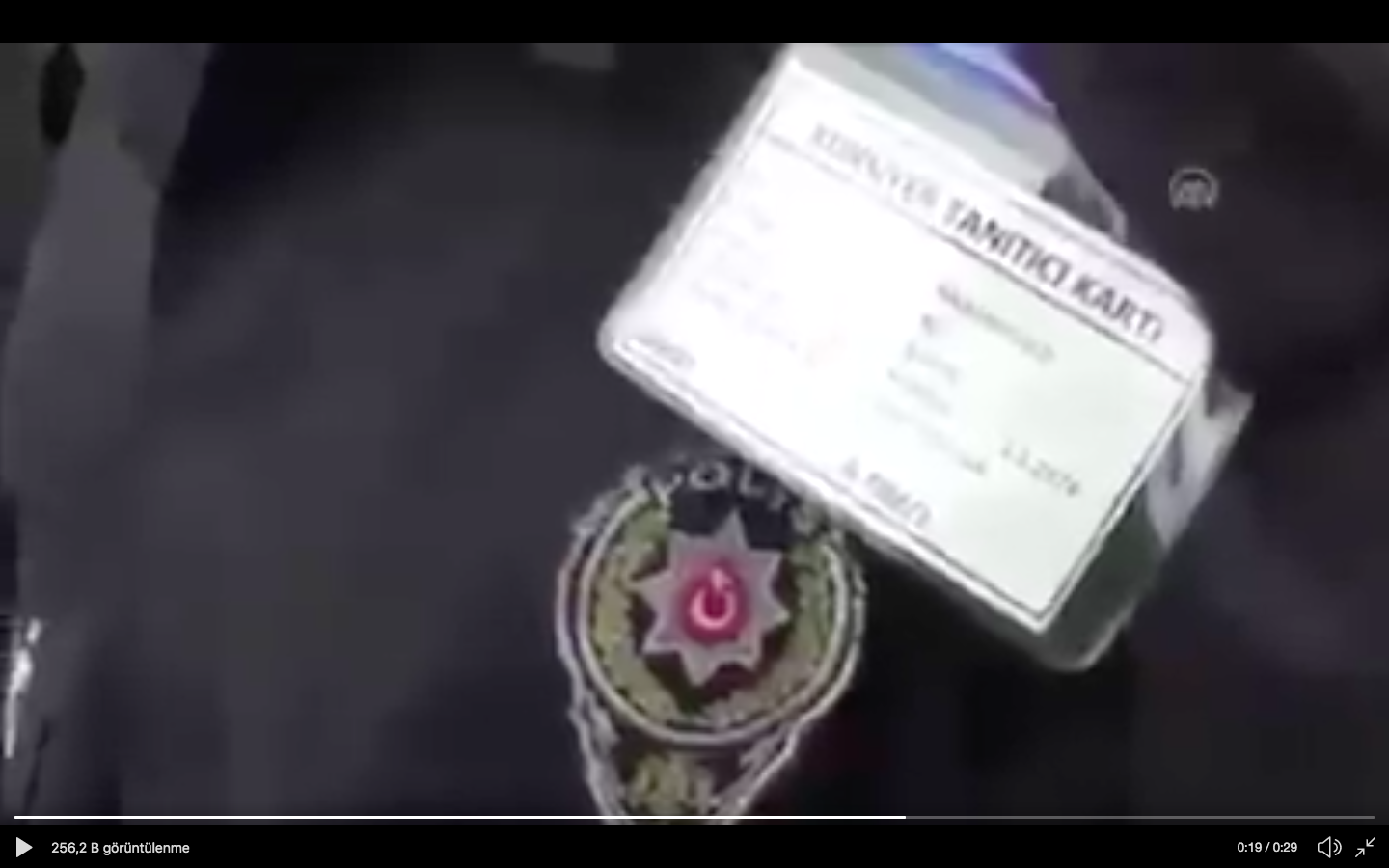 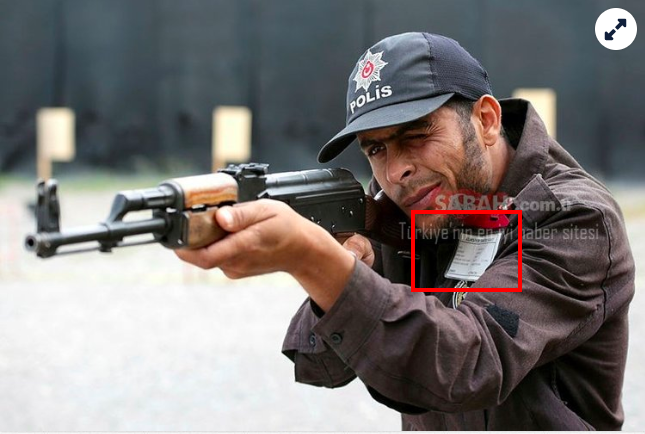 In addition, the alleged Nazi salute seen in the video is actually an Ancient Roman salutation and is known to be widely used by many armed groups in Syria, including the Syrian Armed Forces, Free Syrian Army and YPG. 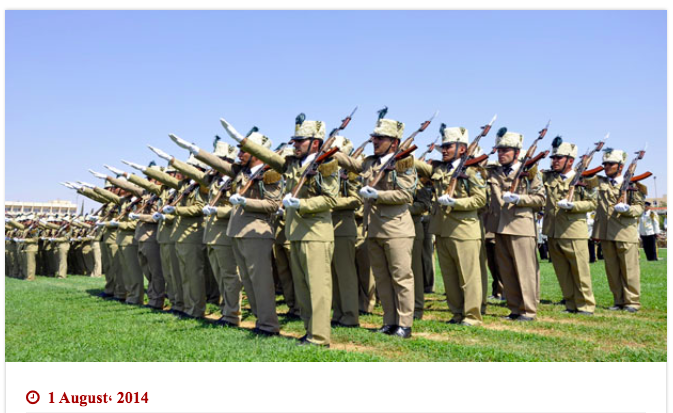 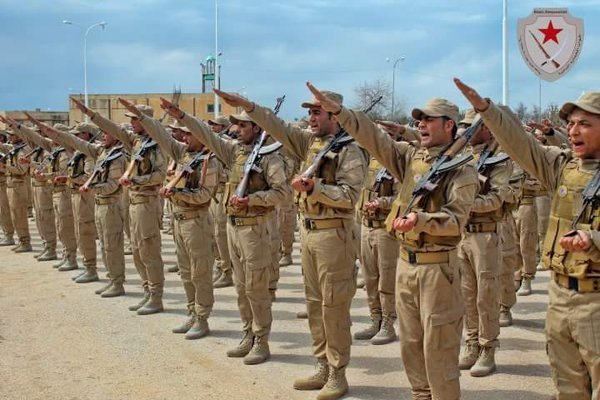 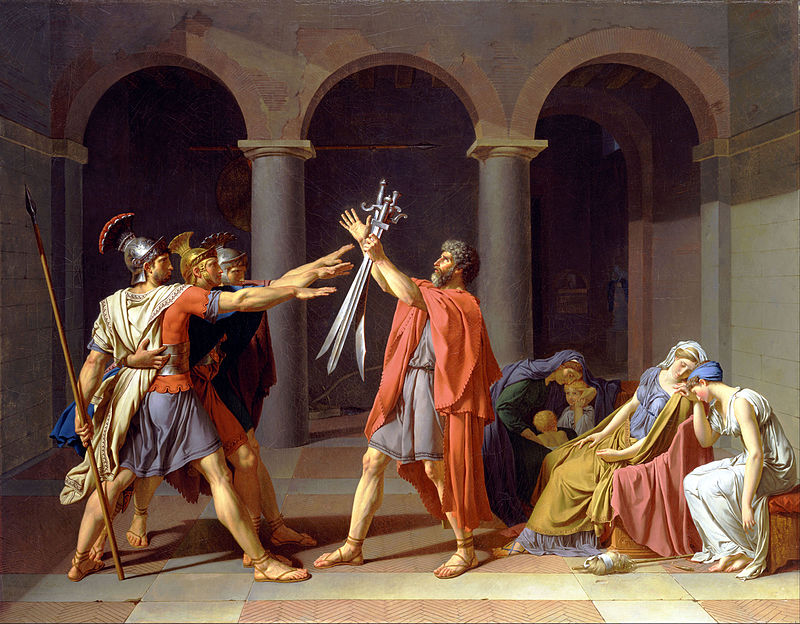 Nonetheless, since the video indeed shows the official armed forces trained by Turkey, we can say that the footage was not manipulated. The claim can be labeled as an example of “taking out of context” as the salute in the video was alleged to be a Nazi hail.

Anadolu Agency, Afrin local polices are ready to mission, 10 May 2019

Sabah, Afrin local policies are ready to mission, 10 May 2019

Academia, The Influence of Ancient Rome on the French Revolution and its potential for class analysis

Anadolu Agency, Afrin local polices are ready to mission, 10 May 2019

Sabah, Afrin local policies are ready to mission, 10 May 2019

Academia, The Influence of Ancient Rome on the French Revolution and its potential for class analysis