Does the photo show the condition of the Aksaray-Ankara Highway in 1984?

According to the claim, shared on social media platforms and sent to Teyit many times, the photo shows the condition of Aksaray-Ankara highway in 1984 when CHP was in power. The claim was dominantly shared on Twitter. 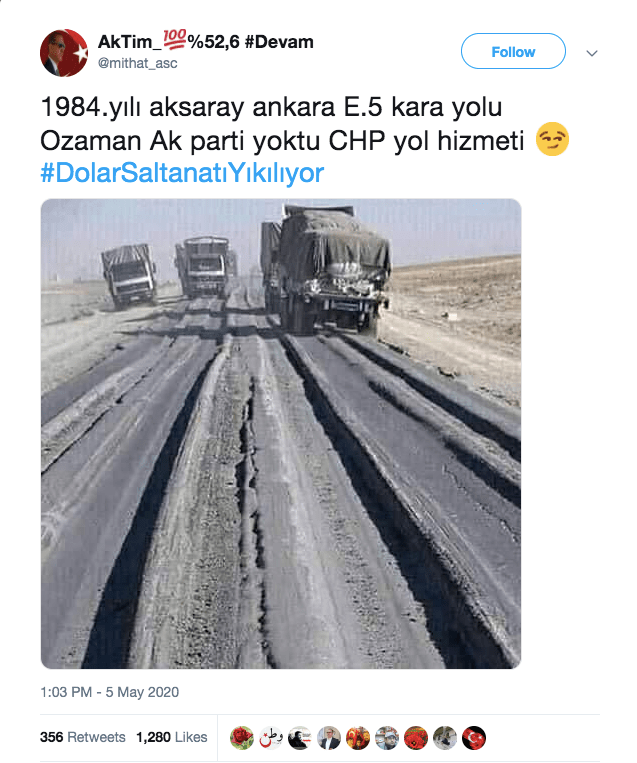 When we search the photo by the reverse visual search method, we find the news which is about the highway between Kabul and Kandahar in Afghanistan, and in which the Minister of Public Works said the 5% distortion in the highway.

Tolo Haber, based in Afghanistan, included similar views in a news article in 2018. The report says that the road has deteriorated over the years. 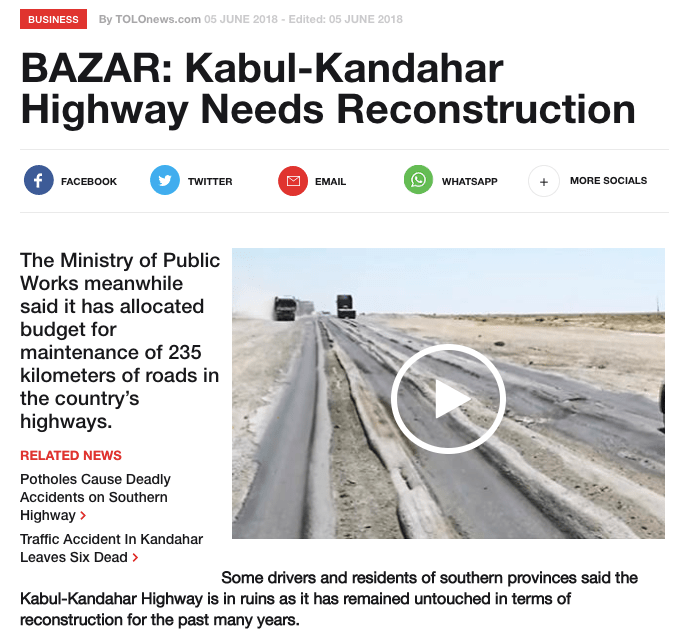 The road images in the video have been reported again with the news of the Arianna Haber, which is based in Afghanistan, on January 23, 2020. In the news, it is stated that the reconstruction of the Kabul-Kandahar highway is needed because of the distortion in the highway. 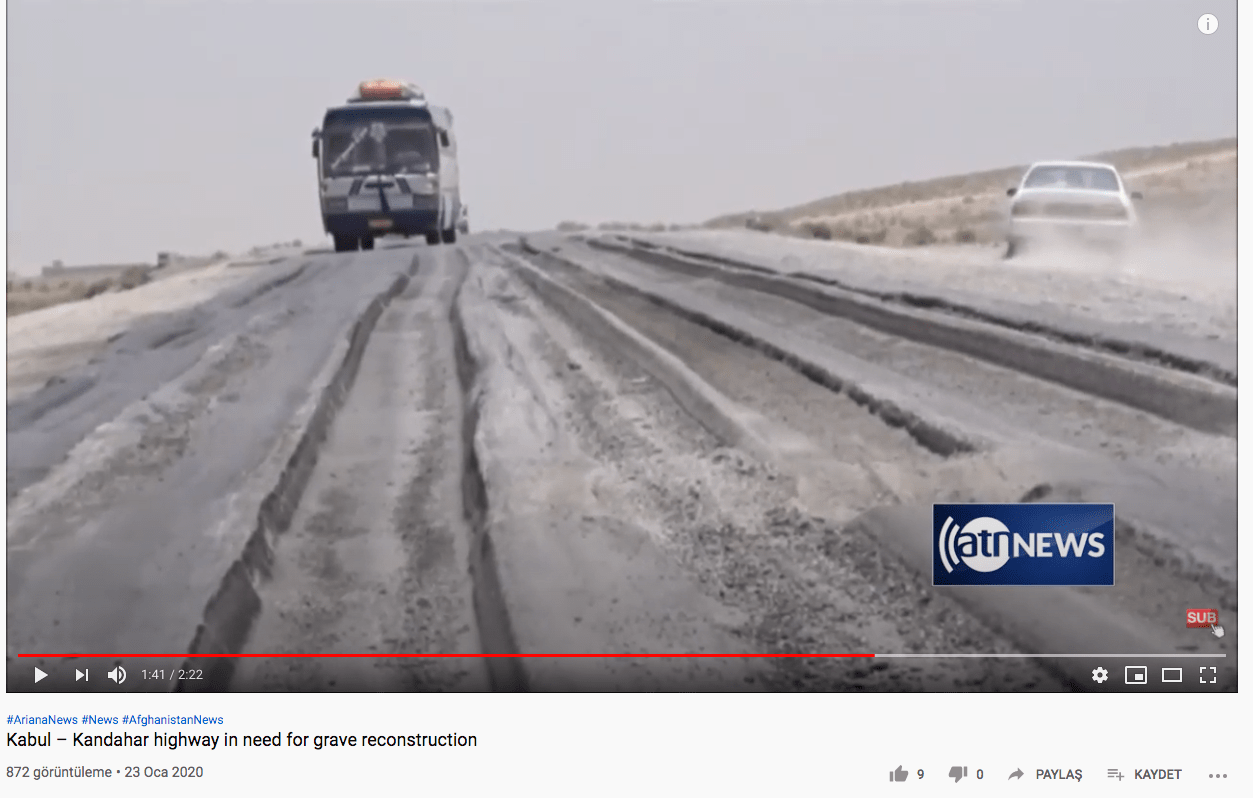 The name of the road connecting Aksaray to Ankara in Turkey is Ankara-Niğde highway. Aksaray is the name of the city on this road.

Besides, the party in power was Anavatan Partisi (Motherland Party) in 1984, not CHP (Republican People’s Party) and the prime minister was Turgut Özal.

The 557-kilometer highway is part of a ring road built in 2002 with international assistance. The road connects Kabul and Kandahar. United States Agency for International Development states that the highway was made between 2002-2003 by The Louis Berger Group with a consortium in which there were companies from Turkey and India as well. The three companies from Turkey worked in the construction of the road. The road got damages from time to time in attacks by the Taliban.

In conclusion, the claim is not true. The photo was taken in Afghanistan. The post in question is an example of a false connection.