Do photos show the pink lake in Turkey?

Beşire Korkmaz01/06/202012:39
Yorum yok
CLAIM: Photos show the pink lake in Dalyan village in the district of Ezine in Çanakkale.

The photos shared on social media were claimed to show the lake in Alexandria Troas Antique City in Dalyan Village in Çanakkale, Turkey. It was also stated that this lake in Dalyan village is one of the pink lakes in the world and it gets pink a few days a year.

When we search the photo by the reverse visual search method, we can see that the lake in the photo is the pink lake called Hiller in the Middle Island on the Recherche islands on the southern coast of Western Australia. The waters of the lake, whose salt rate is high, are bright pink as seen in the photos. The rest of the world became aware of the lake in 1802 thanks to British explorer Matthew Flinders. The 600-meter-long, 250-meter-wide lake is surrounded by a forest consisting of a beach, eucalyptus, and Indian laurel. The lake is also open to tourist visits. Scientists are also allowed to research in and around the lake. 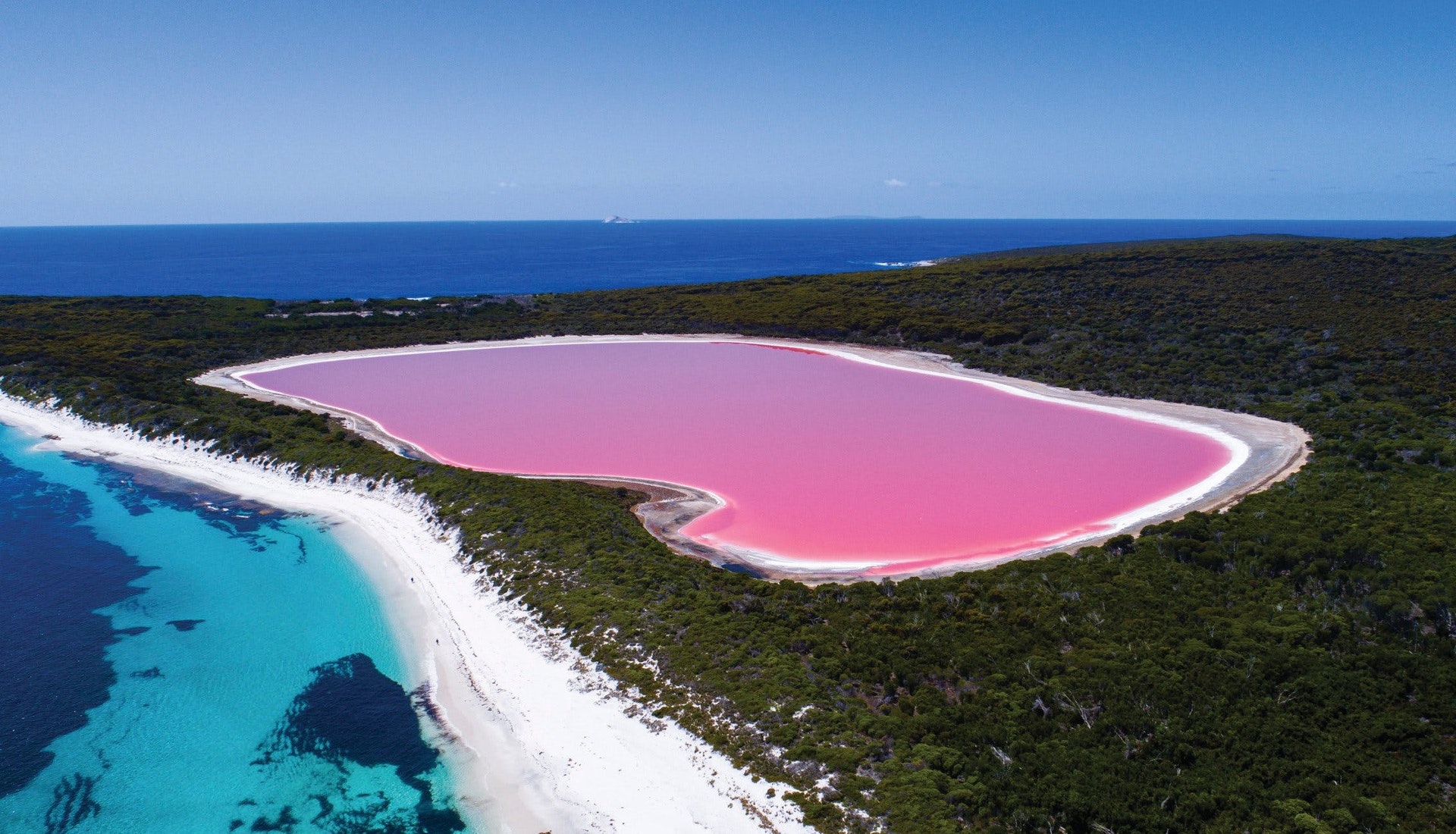 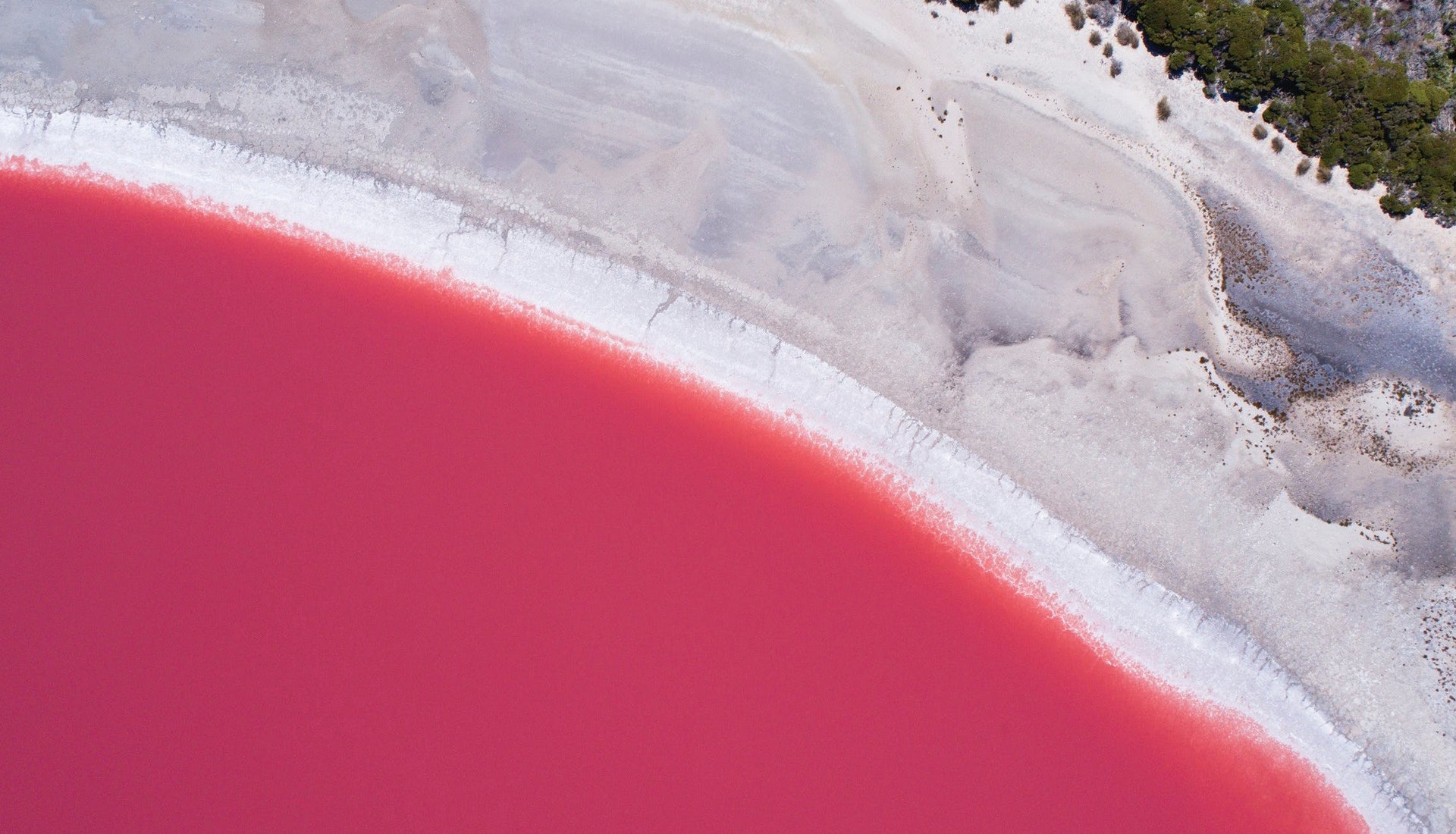 The color of Lake Hillier remains pink all year round. When the water in the lake was put into a container, it was observed to be pink. We can also access the location and images of the lake through Google Maps.

There is a lake in the Aleksandria Troas Antique City, near the village of Dalyan in the district of Ezine in Çanakkale, although the image was used incorrectly in posts. The color of the lake, known for its heart shape, turns pink a few days a year. The lake, which has a Bozcaada view, is also known as the salt lake among the people. Çanakkale Provincial Culture and Tourism Directorate started to work to attract more visitors. 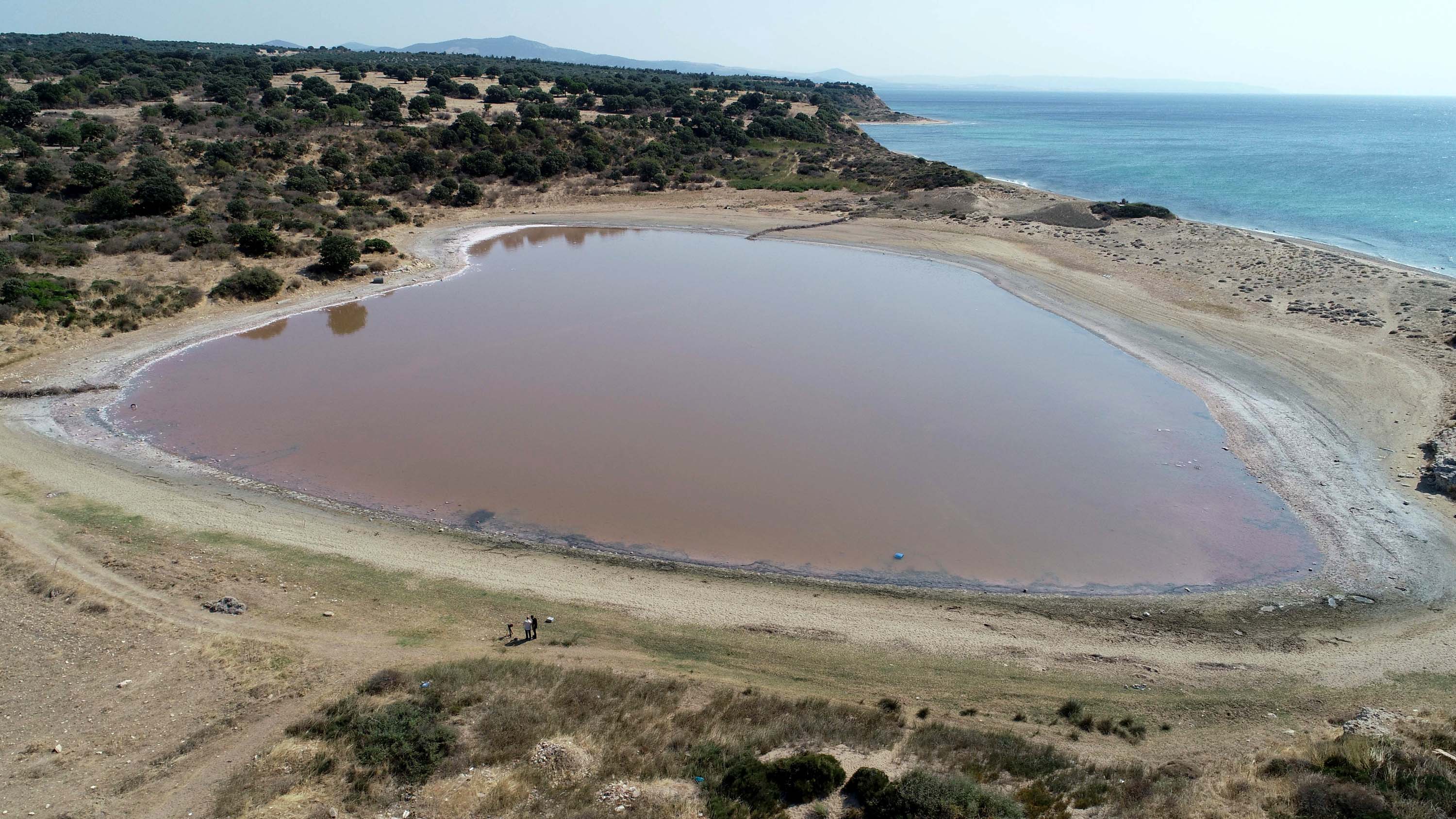 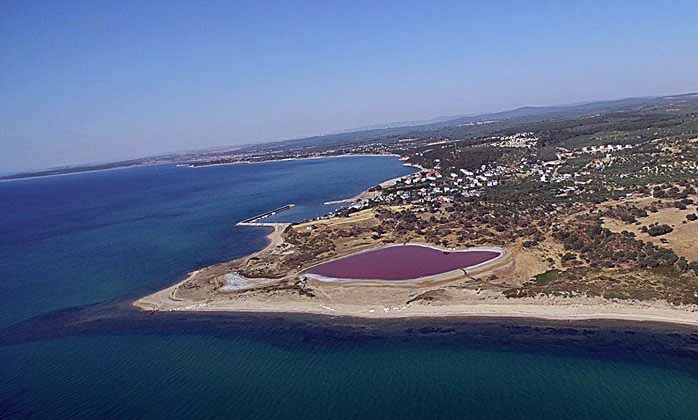 We can also see the location and images of the lake in Dalyan Village on Google Maps. Thus, it can be seen that it is different from Lake Hillier.

There are many pink lakes in the world other than Lake Hillier in Australia and the lake in Dalyan, Turkey. For example, Lake Retba, located in the north of the Cap-vert peninsula in Senegal, is also a pink lake. Lake Retba, which is three kilometers in size, is open to tourist visits. Salt is also extracted from the lake. 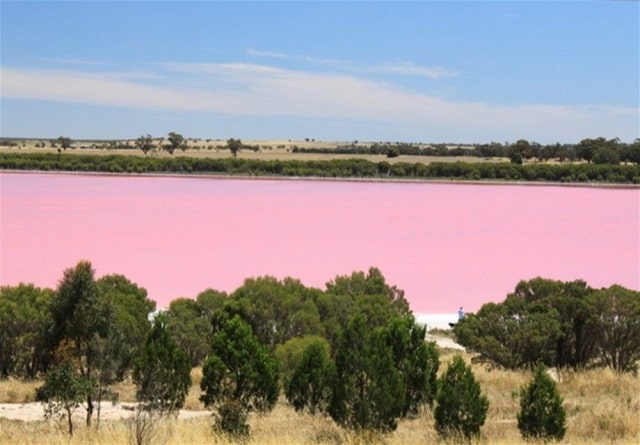 Some of these lakes are Hutt Lagoon Lake in Australia, Dusty Rose Lake in Canada, and Masazir Lake in Azerbaijan.

The reason for the color of these lakes is the microorganisms living in them. What gives color water is pigments in the microorganism called dunaliella salina and halobacteria cutirubrum. Besides, the high salinity, the intensity, and angle of the sun’s rays affect the lake’s pink color. That’s why some pink lakes take this color only in the summer when the sun comes at right angles. Red pigments secreted during this period protect bacteria and algae from the damaging effects of heat.

The heart-shaped lake near Dalyan Village also turns pink at certain times of the year. It is also safe to swim in these lakes. Since microorganisms in the lake are antioxidants, they can also be used for cosmetic purposes.

In conclusion, the pink lake in the photos is not in Turkey. The post in question is an example of a false connection.

Akdeniz Bülten, What is the secret of the pink lake in Alexandria Antique City

Google Maps, The location of the lake in Çanakkale

Elite Daily, 7 Pink Lakes In The World That Look Like They're From Another Planet, 20 February 2020

Akdeniz Bülten, What is the secret of the pink lake in Alexandria Antique City

Google Maps, The location of the lake in Çanakkale

Elite Daily, 7 Pink Lakes In The World That Look Like They're From Another Planet, 20 February 2020