The claim that the photo shows Farm Bank founder, Mehmet Aydın dead from suicide in Kiev, Ukraine is false. However, the man in the photo is Edgar Collaguazo, who fell to his death as he attempted to escape through a fourth-storey window after being caught molesting a child at a birthday party in New York. Collaguazo.

A photo, which was claimed to show Farm Bank founder, Mehmet Aydın dead after committing suicide by jumping out of a window at a Kiev hotel, recently became major news on social media and various news websites. 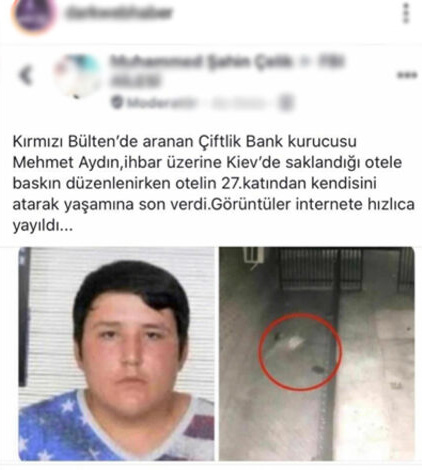 Wanted by the Interpol with a red notice, Farm Bank founder, Mehmet Aydın committed suicide by jumping off the 27th floor of a hotel he was staying at in Kiev when police raided the hotel based on a report received. Photos quickly spread on the Internet.

However, the claim is false. The person in the photo is not Mehmet Aydın, but Edgar Collaguazo, who was locked in a bedroom to await police after being caught molesting a child at a birthday party in New York on 10th November 2017 and fell to his death as he attempted to escape through a fourth-storey window.

Videos of Telemundo’s live broadcast from the scene are available on the internet. The story was covered by some Turkish news websites at the time as well.

The source of the post attributing the photo to Mehmet Aydın is an Instagram user named @darkwebhaber. Although the user removed the photo shortly after sharing it, the claim continued spreading quickly.

There are no official statements that Aydın is dead either.

Mehmet Aydın, who had fled the country with some 1 billion 139 million lira he defrauded from 132,000 people through a Ponzi scheme simulation game he created, Farm Bank, is still wanted by the Interpol with a red notice. 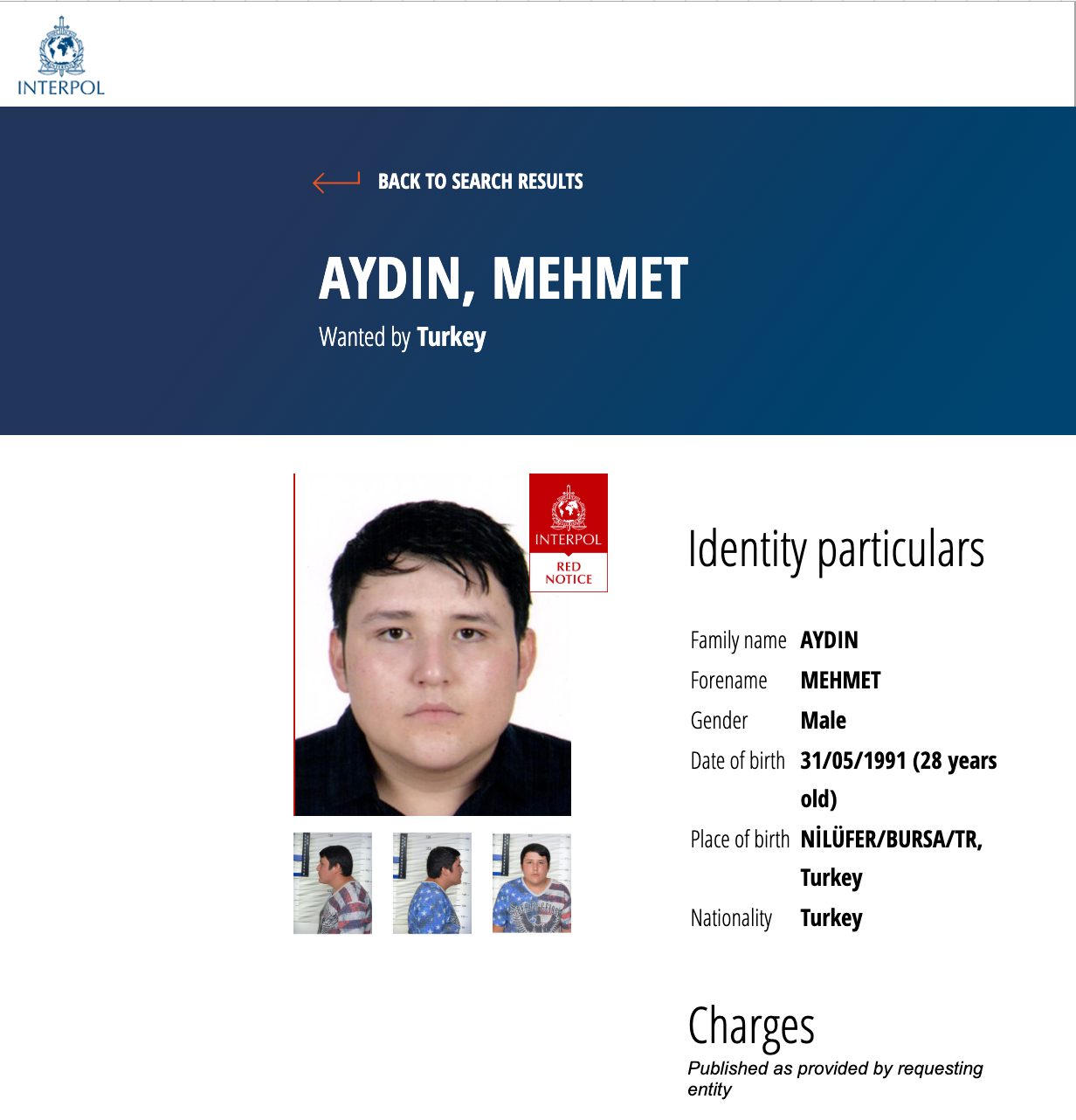 While websites including Turktime and WMal used bold headlines assertively claiming that Aydın was dead, they used open-ended phrases in the news text such as “reportedly”, “allegedly”. These are “misleading headlines” commonly used as a click-bait.

The claim is an example of “false connection”, one of the seven most common types of misinformation.

NYDailyNews, Man falls to death from Queens window after he was caught touching child, 10 November 2017

NYDailyNews, Man falls to death from Queens window after he was caught touching child, 10 November 2017