Bootcamp completed in Factory Next is “Incubation”

The Bootcamp phase was completed in the Factory program designed by Teyit for participants from different disciplines to develop innovative and sustainable solutions for the misinformation problem. Six candidates among nearly 50 applicants of the Factory were entitled to join the bootcamp. In the final of the bootcamp, geppetto and Turnusol have been taken into the incubation program. Teyit and Impact Hub Istanbul will support the teams for six months.

The 2020 program of the Factory was completed. We run the Factory to increase and support actors that produce alternative solutions to the misinformation problem in the media and information ecosystem. The second of Factory was organized this year.

This year, more than 50 participants who wanted to solve the misinformation problem were included in the Intellectual Development Workshops of the Factory, held in Eskişehir and Ankara, thanks to the program design and facilitation of the Impact Hub Istanbul. In these workshops, participants who did not yet develop a solution idea had the opportunity to discuss both the misinformation problem and to develop alternative solutions with the tools provided by the workshop facilitators.

The Bootcamp phase of the program, which would be held in April under normal conditions, was conducted online in May due to the Covid-19 outbreak. A total of 35 applications in teams were accepted to the Bootcamp. Six teams who developed solutions to different problem areas of the misinformation were entitled to participate in the program as a result of evaluations and interviews. 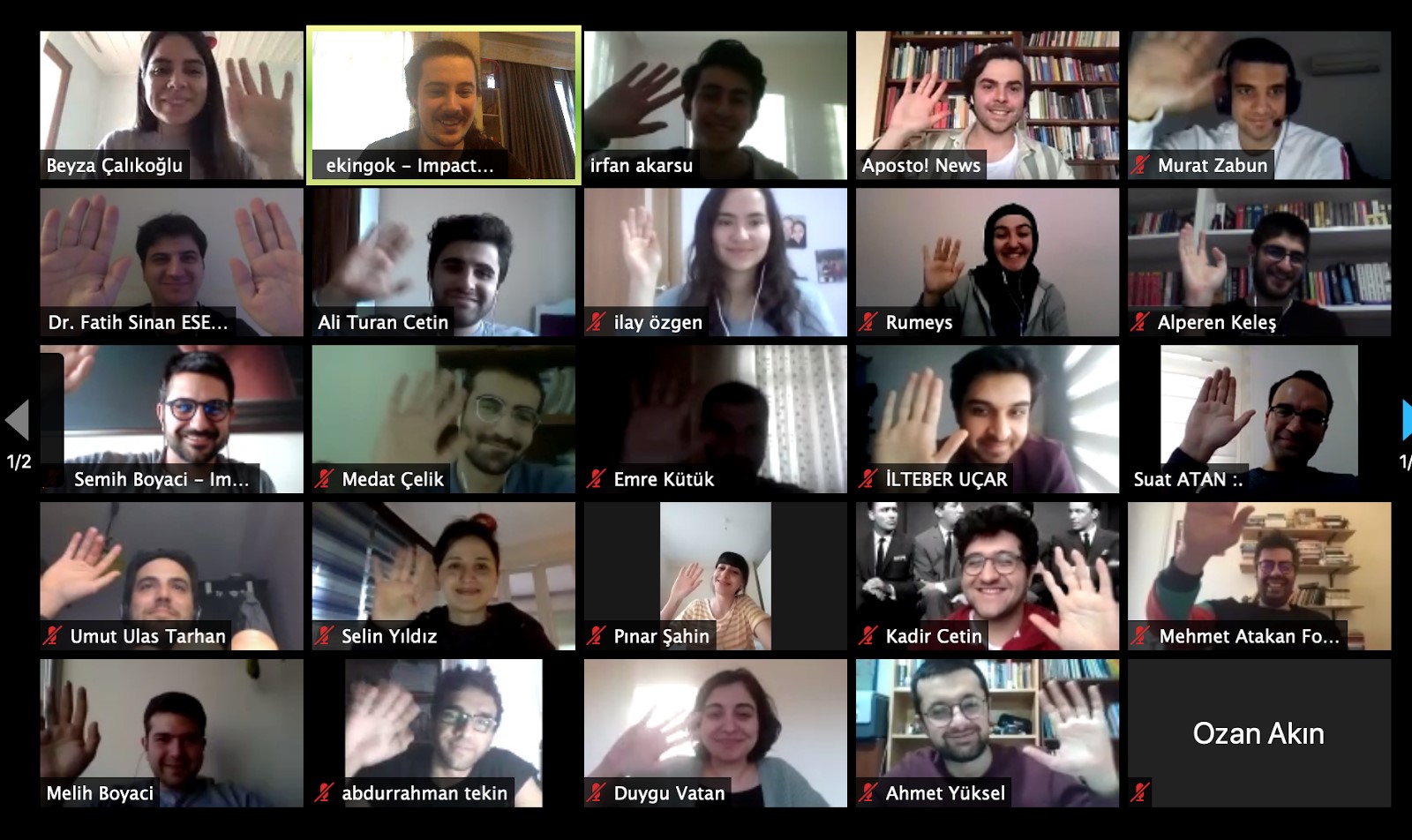 Figure 1:  introduction meeting with the participants of Factory 2020 Bootcamp

What did we do in the Bootcamp?

Bootcamp is a program designed to develop a business model for solution-oriented and sustainable ideas. In this program, the teams had the opportunity to discuss and plan many issues from the target audience of business ideas to potential sources of income. At Bootcamp held on May 9-10 and May 16-17, teams met with expert mentors from different disciplines to receive feedback on business models and ideas they developed and to test their assumptions. 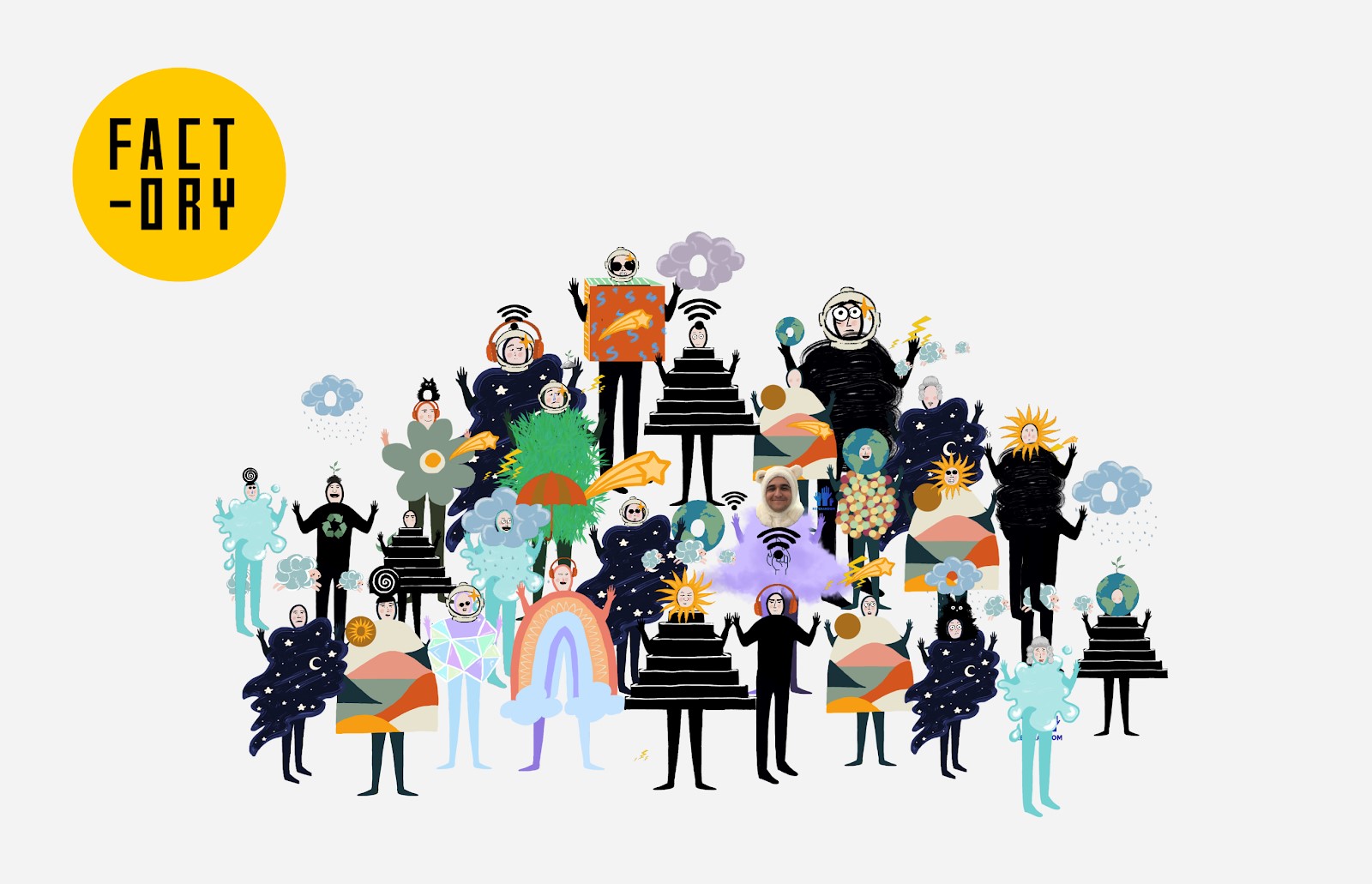 The characters created by the participants to introduce themselves in the Miro program, which we used in order to ensure the socialization and integrity of the community since the event was held online.

After the mentor meetings, the teams presented their final business models to the Factory community and the jury. Their works were evaluated by the jury, including entrepreneurs, academics, and media professionals. As a result of the evaluation made considering the criteria such as impact potential, innovation, scalability, the geppetto team from Eskişehir, and Turnusol from Ankara were entitled to participate in the six-month incubation program to be launched by Teyit for the first time this year. 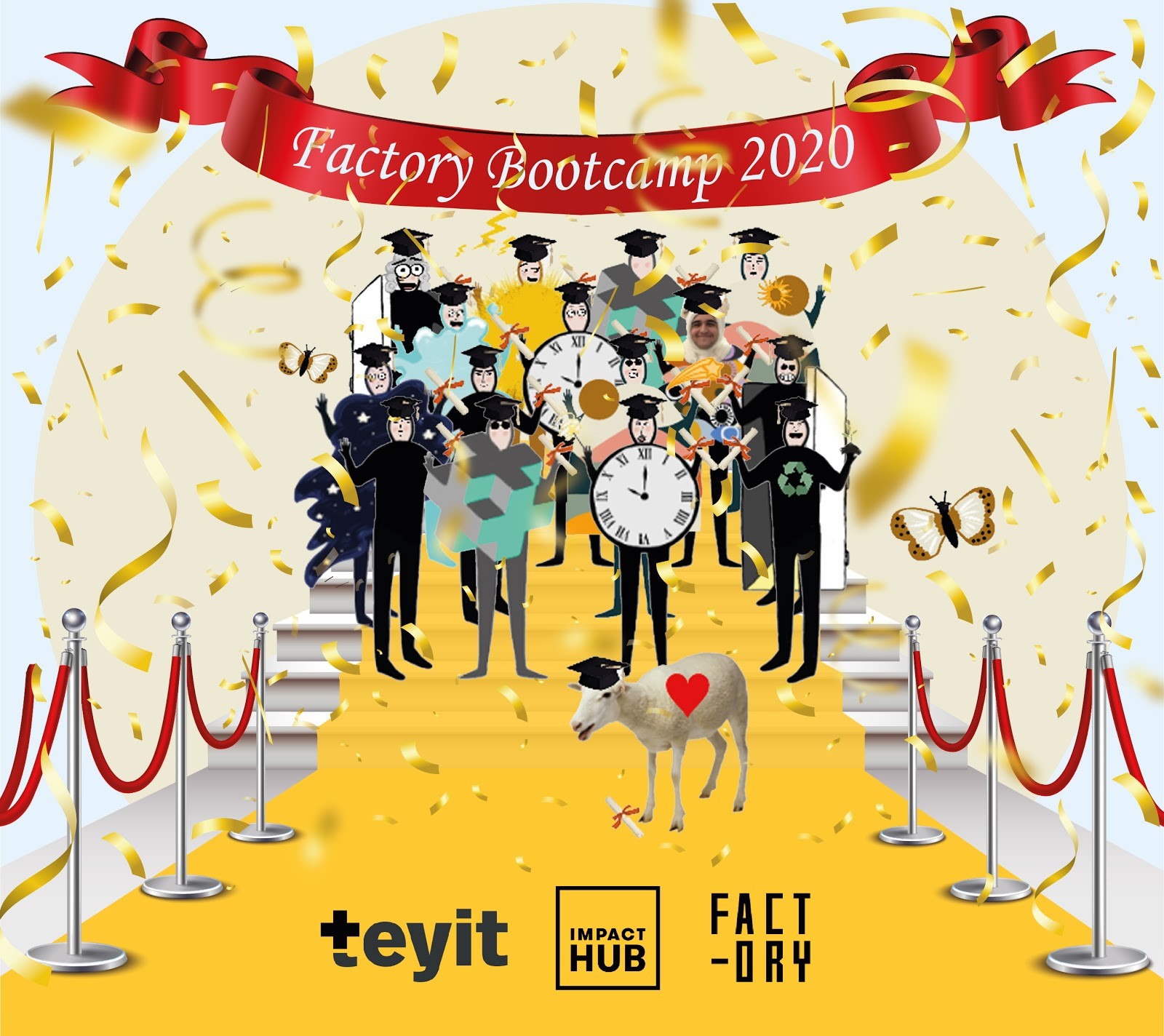 What do the teams aim in their projects?

Turnusol is a team of two people aiming to develop an algorithm that can predict fake news in the media using methods of text mining and machine learning. Suat Atan from the team stated their Factory experiences as follows;

As its name says, “Factory.” We wanted to provide our idea of ​​the problem we want to solve this venture factory as input and see the output as the foundation of a concrete initiative about this problem. The Factory was a must, not an event. You ask why? In his book Innovator’s Hypothesis, Michel Schrage often says, “good ideas don’t work very well.” He adds that, for example, exercise and diet is a good idea for losing weight, but this does not solve the problem of obesity. We were experiencing the same. We had a good idea, but we believed that it had to proceed in a more reasonable way, not with the excitement of “let’s get started” to realize our ideas. The Factory did this too. The question, “Are we sure of our assumptions?” was perhaps the most important lesson we learned. The information we gained throughout the bootcamp, the concrete experiences we heard first hand, and Teyit’s experiences have “transformed” us. Now we know what steps to take (what steps we should not take if necessary), regardless of our initial idea or any other ideas that will arise next. We fact-checked. Thanks, Factory.

The geppetto, comprised of 3 university students from Eskişehir, aims to create an unchangeable, transparent, and decentralized network using Blockchain technology. For this purpose, geppetto, which has designed a platform that brings together the fact-checker and users, struggles with misinformation by strengthening the hand of the fact-checkers.

Ali Turan Çetin from geppetto expressed his thoughts about the program as follows;

The misinformation problem is not a problem that a single organization or person can solve alone since it is a complex and versatile problem. To deal with this problem or to produce consistent solutions, we need a community whose primary focus is misinformation. At this point, it is both precious and exemplary that Teyit, one of the most successful representatives of the fight against the problem of misinformation in our country, has taken the responsibility and organize the Factory program to create this community. The Factory program, where participants from different fields and different perspectives came together and produced multidisciplinary solutions to the problem of misinformation, it was beneficial for us to test the validity and sustainability of the solution we set up and bring different perspectives our solution. We would also like to thank Impact Hub Istanbul and Joon team for their great efforts in organizing the program. As geppetto, we are pleased that we are part of the Factory community, and we feel much stronger against the problem we are targeting.

Semih Boyacı, one of the Impact Hub co-founders, which undertook program design and facilitation, stated that the solution of the problems in the program required an ecosystem-oriented perspective, and the greatness of this problem was proved in the Covid-19 process once again. Boyacı believes that the support to such business development processes provided by social initiatives that are successful in the field they focus on, increase social benefit. Therefore it is meaningful to design a thematic incubation program with the Teyit team.

The founder of Teyit, Mehmet Atakan Foça, believes that the program will strengthen the fight against misinformation and become a community with people and groups who want to bring different solutions to the same problem.

What will happen next?

The Turnusol and geppetto team, which will take the support of six-months incubation, will benefit from various supports provided by Teyit and Impact Hub Istanbul until December 2020. At the establishment stage, five thousand lira initial grants to teams, access to Teyit and Impact Hub networks, six months of consultancy, data, and research support are among the points we attach importance to.