Are restrictions to visa-free travel coming for Turkish green and gray passport holders?

The claim that restrictions to visa-free travel have been introduced for green and gray passport holders, effective 2021, is false. The restrictions have been placed as part of the European Travel Information and Authorisation System (ETIAS), in which Turkey is not included.

According to a claim by various websites, including Habertürk and Milliyet, Turkish citizens holding a green or gray passport will be subject to certain restrictions on foreign travel, effective 2021, as part of the European Travel Information and Authorisation System (ETIAS) which was developed for border control purposes.

However, the claim, which was also raised by ODA TV in summer 2018, is false.

In a statement on 10th December 2019, the Ministry of Foreign Affairs explained that Turkey is not included in the ETIAS, underlining that citizens shall disregard reports otherwise.

Teyit also confirmed with the European Parliament’s Press Unit that Turkey is not part of the said system.

As pointed out by the European Parliament, the ETIAS includes countries, whose citizens are not subject to a visa requirement on entering the Schengen Zone. Turkey does not have such a visa exemption. 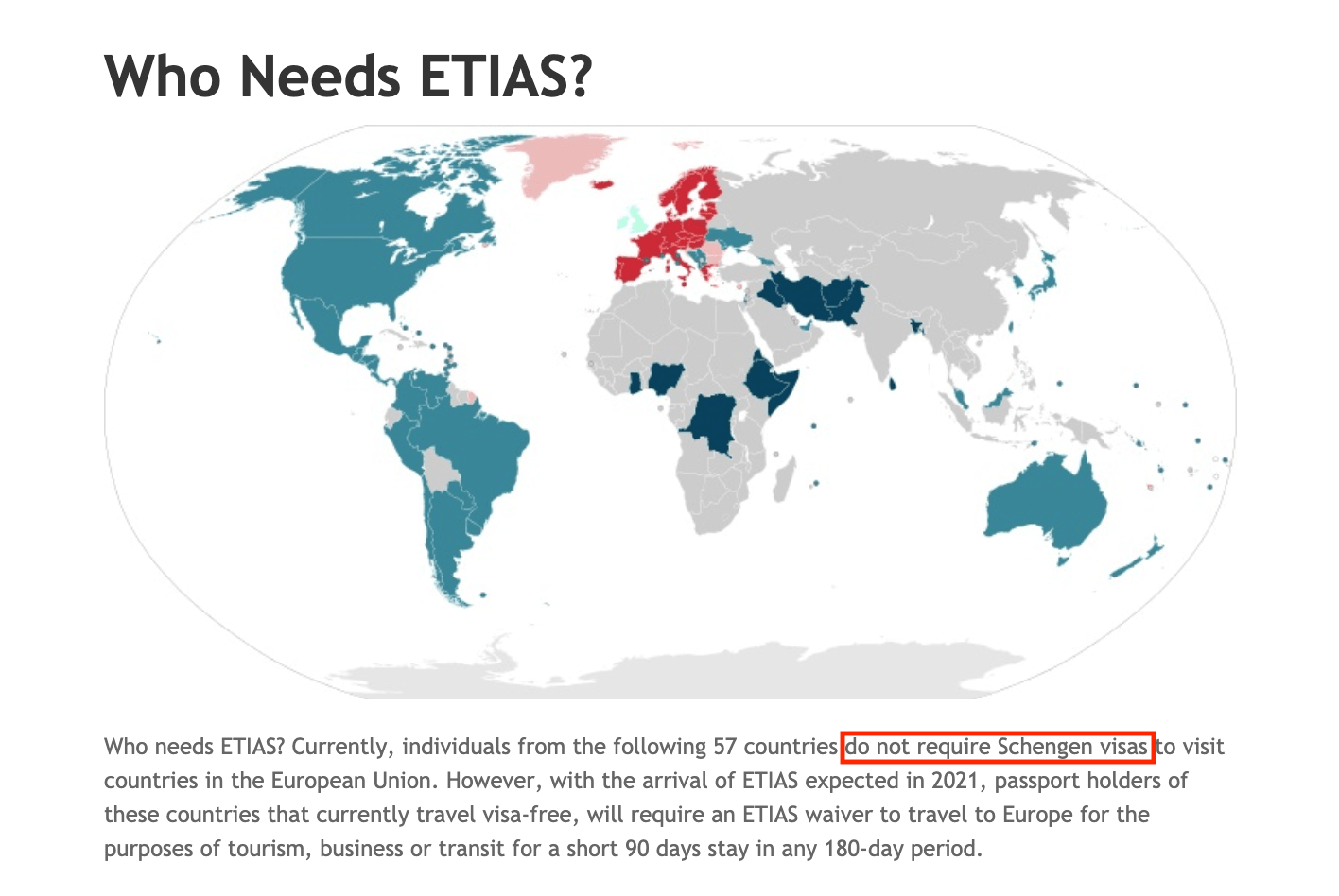 The general purpose of the system is to ensure border security, effective protection against epidemics and better customs control as well as to reduce procedures and wait times for passengers.

The European Union regulation establishing the ETIAS features a list of countries which will be included in this system and Turkey is not one of them.

It is also possible to find out what you need to do for travel by selecting your country of citizenship on Etiaseurope.eu.

The information that, green and gray passport holders are exempt from Schengen visa procedures on travelling to Europe, provided that they do not exceed 90 days within 180 days, is still available on the Ministry of Foreign Affairs’ website as of December 2019.

The claim is an example of manipulation.

Ministry of Foreign Affairs, Statement made by the Ministry spokesman, 10 December 2019, Information about gray and green passports

ETIAS, Countries in which the system is included

Ministry of Foreign Affairs, Statement made by the Ministry spokesman, 10 December 2019, Information about gray and green passports

ETIAS, Countries in which the system is included