5G WhatsApp message I: Do the videos show the protests for 5G?

Ezgi Toprak13/04/202012:34
Yorum yok
CLAIM: The videos show that those in Wuhan, China conflicted with the police since the 5G technology killed them.

Since the beginning of the epidemic, there have been different conspiracy theories about how the virus came out. It was said that it was produced in laboratories to make some countries regress or to get rid of the aged population. The new theory is that the reason for the epidemic is 5G technology. There have been chain messages on social media and closed texting platforms about it. The first claim was that the people in Wuhan resisted against the police since they knew the 5G technology killed people. 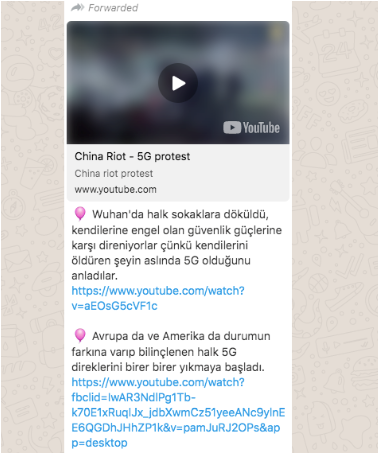 The post became popular on social media and closed texting platforms and there are more than 10 claims. The first of it is the video composed of almost nine videos showing different events. None of them are about 5G protests.

The opening views in the video (Opening-01.25) show that protests on Jiujiang Bridge on 27 March 2020 in the states of Hubei and Jiangxi in China. The reason for the riot is that they didn’t remove the control points in the entries and exits of states and maintained the quarantine due to the COVID-19. The video includes other photos and views of different events. Also, some television channels reported it in their news. There is a report by security forces about the event. 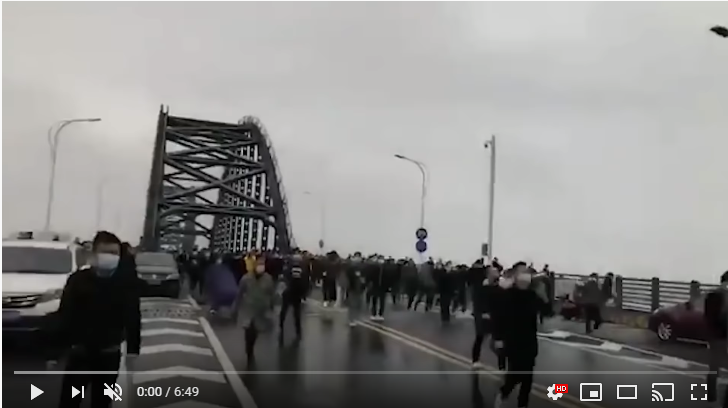 Another video on the post shows the protests that took place in Hong Kong in August 2019. In these protests, the protestors removed the poles carrying the facial recognition system on the streets. Besides, the images can be found in The Guardian and the same images in The Guardian were added to the video in the claim.

Another image in the video has nothing to do with 5G protests. The view between 01.51 and 02.05 minutes was first shared by a YouTube user named Jennifer Zeng on March 31, 2020. The video statement says that the views show a protest in front of the Zhuzhou Municipality in Hunan, China. The protest was held because business owners who could not work for a long time due to the epidemic demanded a rental discount. 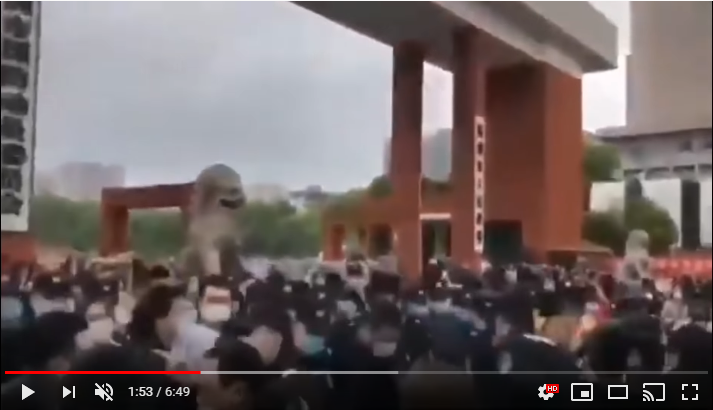 We can see the place of the protest on Baidu Maps. On the maps, we can confirm the place in the video is the building of the Zhouzhu Municipality.

Another image added to the video in the post (02.28 – 02.41) shows the people who wanted to escape from the new coronavirus quarantine in Wuhan on 28 January 2020 and the police intervention. It has nothing to do with 5G again. 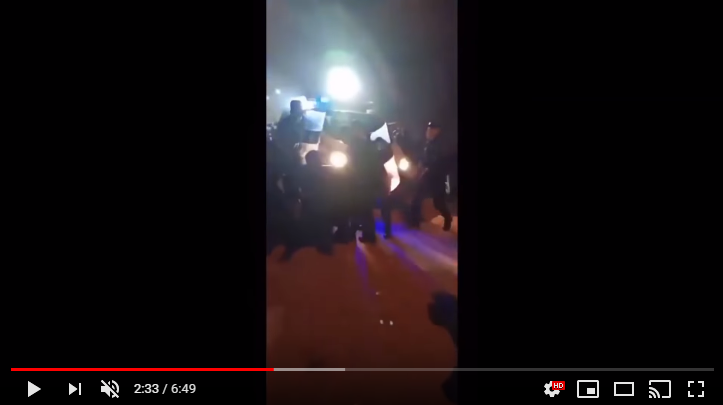 The view, which takes place between 02.55 and 02.59, shows a train accident that occurred as a result of a landslide in Hunan, China on March 30, 2020. It is known that the train from Jinan to Guangzhou in China had an accident at noon. Views can also be reached on The Epoch Times (30 seconds) and New China TV. It is also possible to see the work done in the region and the moments of the accident. 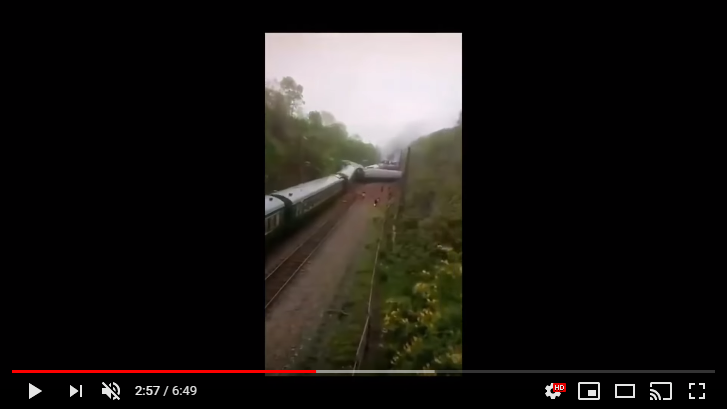 In the video, which contains different videos, another view that is not related to 5G takes place between 03.00 and 06.04 minutes. The entire three-minute video can be found on the South China Morning Post. The views show protests against government policies in Hong Kong that have been going on since July 2019. This is evident from the video’s subtitles. The video, uploaded to YouTube on November 29, 2019, says that there was a conflict between security forces and demonstrators at the Polytechnic University Campus in Hong Kong. There are also similar views in the South China Morning Post and international press. 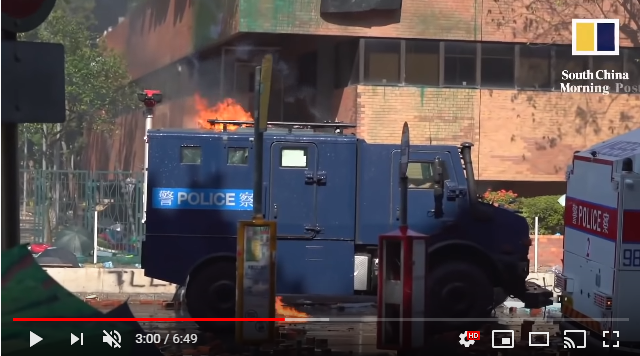 By another video in closed texting platforms and included in the claim chain it was claimed that citizens in Europe and America started to demolish 5G poles. The views include a video with the statement that 5G poles were burned in Birmingham, England. The video on the internet was uploaded on April 2, 2020. The incident was reported to emergency teams by saying that there was a suspicious arson around 20.00 on Thursday, April 2nd. Regarding the incident on news sites such as Sky News and BBC, the West Midlands Fire Service official shared that the investigation on the cause of the fire is ongoing.

In the second article about the long claim chain on WhatsApp, we will analyze the countries using 5G and in the last part, if it is possible to relate the coronavirus to the 5G.

Jennifer Zeng YouTube, Protest in Front of the Municipal Government of Zhuzhou City in Hunan Province in China, 31 March 2020

The Atlantic, Why Hong Kongers Are Toppling Lampposts, 30 August 2019

Bannedbook, At least hundreds of Hubei citizens expressed dissatisfaction at the scene, 28 March 2020

New Tang Dynasty Television, Why did Jiangxi and Hubei police have a serious conflict?, 28 March 2020

The Epoch Times, Riot Breaks Out in China as People Try to Leave Virus-Hit Hubei, 27 March 2020

Jennifer Zeng YouTube, Protest in Front of the Municipal Government of Zhuzhou City in Hunan Province in China, 31 March 2020

The Atlantic, Why Hong Kongers Are Toppling Lampposts, 30 August 2019

Bannedbook, At least hundreds of Hubei citizens expressed dissatisfaction at the scene, 28 March 2020

New Tang Dynasty Television, Why did Jiangxi and Hubei police have a serious conflict?, 28 March 2020

The Epoch Times, Riot Breaks Out in China as People Try to Leave Virus-Hit Hubei, 27 March 2020