teyit.org is an independent fact-checking organization based in Turkey. At a time when the trust in media is at all-time low, our main aims are to prevent false information from spreading online, help media consumers develop their media literacy skills, and develop methods to promote critical thinking.

We’ve been publishing analyses on teyit.org in both Turkish and English languages on suspicious content especially in times of crisis since our launch on October 26, 2016. We also give fact-checking workshops and contribute to publications aiming at raising awareness about the importance of public access to factual information.

teyit.org is a signatory to the International Fact-Checking Network’s Code of Principles and is one of the partners of First Draft News.

teyit.org is a non-profit organization with a focus on social impact. It operates under multiple institutional structures due to the lack of comprehensive social enterprise infrastructures in Turkey. Our activities in media are conducted by the Teyit Media Research Association and technology and training activities operated under Dubium Bilişim Danışmanlık ve Ticaret Ltd. Şti. on behalf of teyit.org. 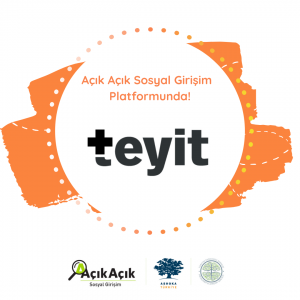 Teyit is financially supported by European Union and embassy funds granted to non-governmental organizations, public institutions and private enterprises as well as by personal contributions, public reliefs and by generating income through collaborations with several institutions in order to sustain their broadcast, develop their human resources and to continue offering procurement service.

As a non-profit social enterprise, Teyit spends the budget for Teyit’s growth and for deepening social impact. Earnings are by no means distributed to company partners.

From April 2016 when Teyit’s first meetings were being held to April 2017, Teyit got support from Istasyon TEDU Center for Social Innovation for office space, lunch and mentorship. Future vision of the institution was shaped, business models were developed and strategies for team management and communication were all set under the consultancy and mentorship of Istasyon.

Communication support of ₺9,770.00 was granted to Teyit after it applied for European Union Sivil Düşün Program for “publication of teyit.org web site.” As part of this process, teyit.org web site was created, the 6-month hosting expenses were covered and Turkish translation of Verification Handbook was printed. Besides, the Verification Handbook was distributed to non-governmental organizations and media organizations free of charge upon their request. The budget was not transferred to Teyit but spent on behalf of Teyit by Sivil Düşün as prescribed in the principles.

Teyit received a support of £48,052.00 from Bilateral Program of the British Embassy in Ankara with its application titled “Development of a portal for verified and accurate news in times of crisis.” Salaries and insurance expenses of two editors and working visits to London and İstanbul were financed for five months between November 2016 and March 2017. Beta version of dubito software which facilitates the workflow among Teyit’s editors, and  teyit.link which captures web pages for archive were developed and a guide to train instructors was prepared.

A support of €111,300.00 was provided by European Endowment for Democracy in consequence of the application titled “teyit.org – verification work group.” During the work conducted from February 2017 to April 2018 the following expenses were covered: institutionalization expenses of Teyit, salaries and insurance expenses of four editors, legal and accounting expenses, fees of subscription to digital tools which facilitate verification processes, expenses of visual and multimedia design, design and printing expenses of the insight report titled “What do we question on internet?”, consultancy expenses for developing business model and measuring social impact, travel expenses of two editors for International Journalism Festival and the expenses for hosting and maintenance of the website.

In February 2018, Teyit launched a support campaign to switch to a structure which relies mostly on the support of its users. Thus, the share of the funds in the budget would be decreased. The support amount obtained with the monthly-contributions via Patreon platform in 2018 was $4,517.00. Expenses of Teyit’s office in Ankara was covered by these personal supports. We extend our thanks to all supporters of Teyit.

Teyit generated an income of $101,500.00 through this cooperation. The income was spent for salaries, insurance and premium expenses of the existing and new employees of Teyit. Moreover, a new office was opened in İstanbul and the expenditures of the office and the production expenses incurred by the video team in İstanbul were met.

The support amount taken with the application titled “Information activism in the face of polarization” as part of the Bilateral Cooperation Program conducted by Turkey – Sweden Development Cooperation Unit of Swedish Consulate was ₺109,000.00. The relevant work started and ended in March 2018 and December 2019, respectively. Within the process, a project assistant was hired and a survey about the media habits of news consumer on internet was conducted. The findings obtained from the survey were included in “Media Usage and News Consumption: Trust, Verification, Political Polarizations” report in December 2018.

“Media Usage and News Consumption: Trust, Verification, Political Polarizations” report was translated into English in December 2018 and 100 copies were printed by means of the Communication Support of European Union Sivil Düşün Program.

As a result of the application titled “Factory: Innovation and design for fighting with misinformation”, $39,545.67 was granted to Teyit within Large Grants Program of the U.S. Embassy. The relevant work was performed between September 2018 and June 2019. During this period, design sprint programs were arranged in Ankara and İstanbul to bring participants from different disciplines together and to increase the number of actors working on the problem. Thus, new prototypes aimed at solving the misinformation problem were created. Factory eventually offered seven alternatives to the solution in the final event held in Ankara in 2019.

In February 2018, Teyit launched a support campaign to switch to a structure which relies mostly on the support of its users. Thus, share of the funds in the budget would be decreased. The value attained with the monthly contributions made via Patreon platform corresponded to $2,852.00 in the first half of 2019. Expenses of Teyit’s office in Ankara were covered by these personal supports. We extend our thanks to all supporters of Teyit.

Please visit destek.teyit.org if you want to be a contributor. Our active supporters are as follows;

We thank all of our supporters.

The income obtained through this cooperation in the first half of 2019 is $172,900.00. A large amount of this figure was used to meet the expenses of human resources. Besides, a larger office was hired for Teyit team in Ankara and expenses of its interior design were met. Lastly, internal training was provided to Teyit team, travel expenses of the activities abroad were covered and the design of a new website began by means of this income.

Teyit got a support of ₺25,000.00 from Heinrich Böell Foundation with its application titled “Why don’t we trust media?” Erosion of confidence in mainstream media in Turkey was examined within this study initiated in July 2019. The research was published as the fourth part of #teyitpedia series on Teyit’s YouTube channel.

Another support of $53,590.00 was received from Large Grants Program of the U.S. embassy for the application titled “Factory: Innovation and design for fighting with misinformation.” The design sprint program, which will follow the events held for Factory in 2018 will continue in September 2019 and take place in Eskişehir and İzmir.

As a result of the application titled “Reality Check on Climate Change”, European Climate Foundation provided a support of $17,950.00. Within this scope, the study will take place between September 2019 and December 2019. Misinformation and falsifications regarding climate change in Turkey will be detected and a five-series documentary will be made. 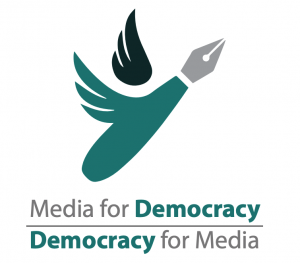 Lastly, Teyit was granted a support of ₺49,610.00 by Press House Support of the European Union Media for Democracy / Democracy for Media Program upon its application titled “Strengthening and increasing the actors fighting against misinformation.” The figure will be spent on behalf of Teyit by the Association of Journalists as per the rules of the program. In this regard, annual rent and contribution expenses of Teyit’s office in Ankara and the participation of Teyit to International Journalism Festival in April 2020 and of Global Fact in June 2020 are covered.